2021 marks the 75th anniversary of Italmobiliare, founded on September 13, 1946 in Milan, one of the main Italian investment holdings and a recognized strategic partner of entrepreneurs committed to the development of models of excellence, with particular attention to the Italian context.

The Anniversary Events Calendar began on September 13, the official date of Italmobiliare’s foundation, with a ceremony including a celebratory visit, speeches and memories within the context of the new Aula Magna, named after Giampiero Pesenti. 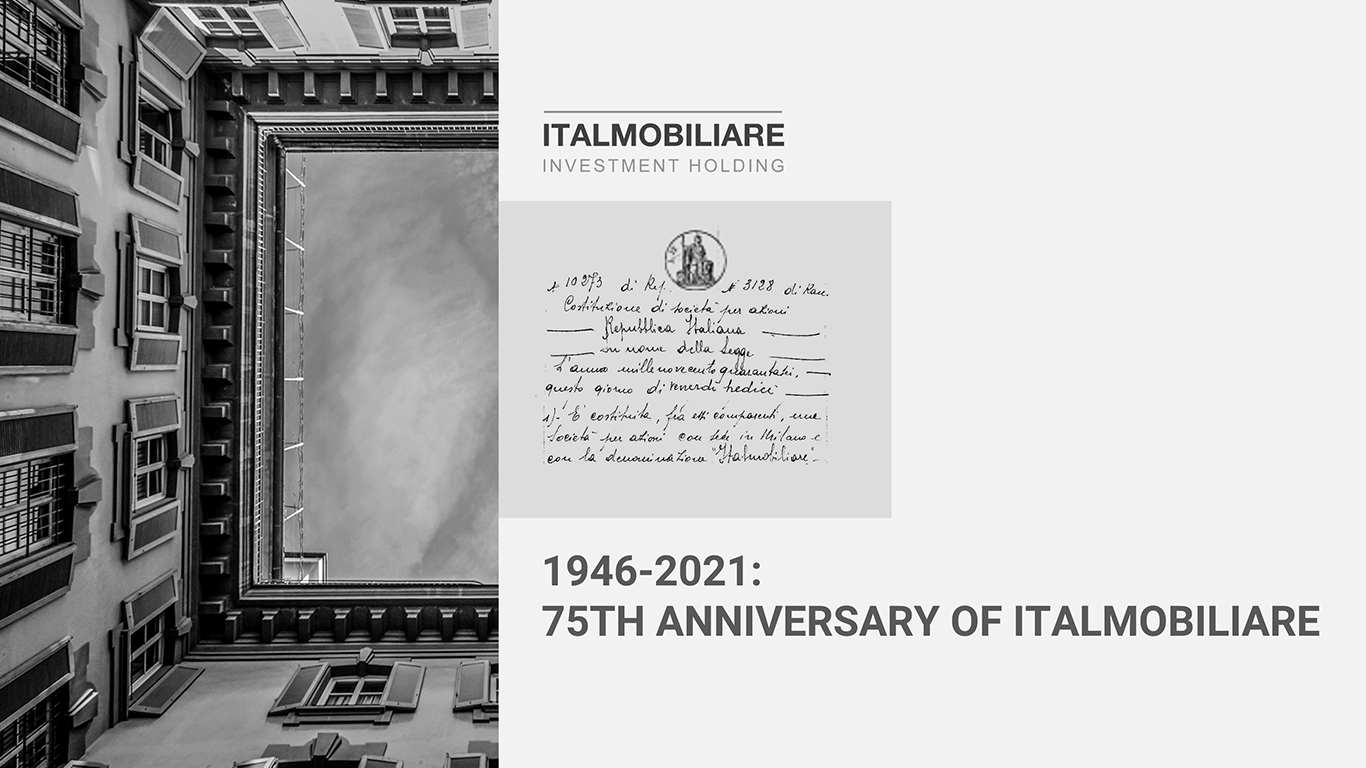