The history of our Headquarters

This palace, formerly belonging to the Order of the Humiliati, was purchased by Paolo Bigli, chancellor and ducal ambassador, in 1498. The Bigli family owned it until the death of the last descendant of the dynasty, Vitaliano Bigli, in 1826.

The first restoration of the façade by Pietro Guida Bombarda dates back to 1619. It was then followed by a more significant renovation of the entire building under the supervision of the architect Girolamo Quadrio (approximately 1623 – 1679), who reconstructed the arcade in the courtyard and curated the fresco decorations of the halls of the main floor.

We owe the project of the monumental staircase – two parapeted flights of stairs with balustrades, preceded by a vestibule with four Doric columns and a barrel vault, unfortunately destroyed afterwards – to Luigi Vanvitelli (1707 – 1773), even if the execution was directed by his apprentice Giuseppe Piermarini (1704 – 1808).

The palace became one of the most important centres of 19th-century Milanese high society when it was sold to the Russian Countess Giulia Samoyloff, who was born in Moscow in 1803 and died in Paris in 1875.

As she belonged to the Pahlen aristocratic family and was the niece of the count Skavronski, she was a descendant of Caterina I of Russia, the first wife of Peter the Great. Giulia Samoyloff first came to Milan on January 30th, 1828, at the ball of the Magyar Count Giuseppe Batthiany at his Porta Renza palace.

She became the undisputed protagonist of the Milanese jet-set for the memorable parties she hosted at her palace. In particular, the accounts recount a masked ball that included roughly one thousand persons on May 9th, 1832; the garden itself

was arranged so as to create small discreet spaces, as well as ballrooms, amidst the vegetation.

In some cases, Countess Samoyloff superimposed Empire style furniture, characterized by white-gold two-colour motifs, on the neoclassical furniture. The ballroom was repainted by Giovanni Denim (1786 - 1859) with the Apotheosis of Napoleon Bonaparte, but due to the opposition of the Austrian government, the Countess had the fresco covered with a vault. The vault was demolished in 1910, before the almost total destruction of the interiors during the bombings of World War II.

The façade on via Borgonuovo, restored according to the original 19th century neoclassical project, presents smooth ashlar facing on the ground floor. There are two front doors, one of which is false. The main floor comprises a grand balcony and windows surmounted by architraves with triangular tympana. The courtyard preserved the 16th century structure: it is square in shape and is colonnaded on three sides. The arches lie on double columns of the Tuscan order made of pink granite; the windows have plaster frames with wide overhanging eaves. From thearcade, it was once possible to access the famous staircase, while today, it is possible to access the back garden.

Countess Samoyloff resided in the palace until 1855, but the palace had already been bought by Gaetano Perego and his wife, countess Maria Durini, in 1852. It was then passed on to Count Giulio Venino as the dowry of the Peregos daughter, Giuseppina. Lastly, it passed on to the Besozzi of Castelbesozzo.

From the late 40's of the last century the building belongs to Italmobiliare. 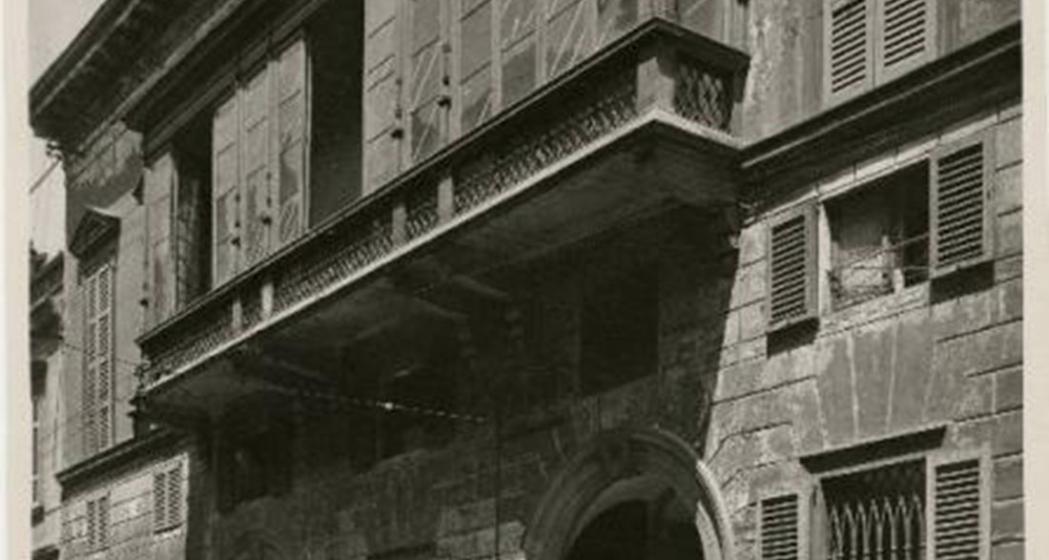 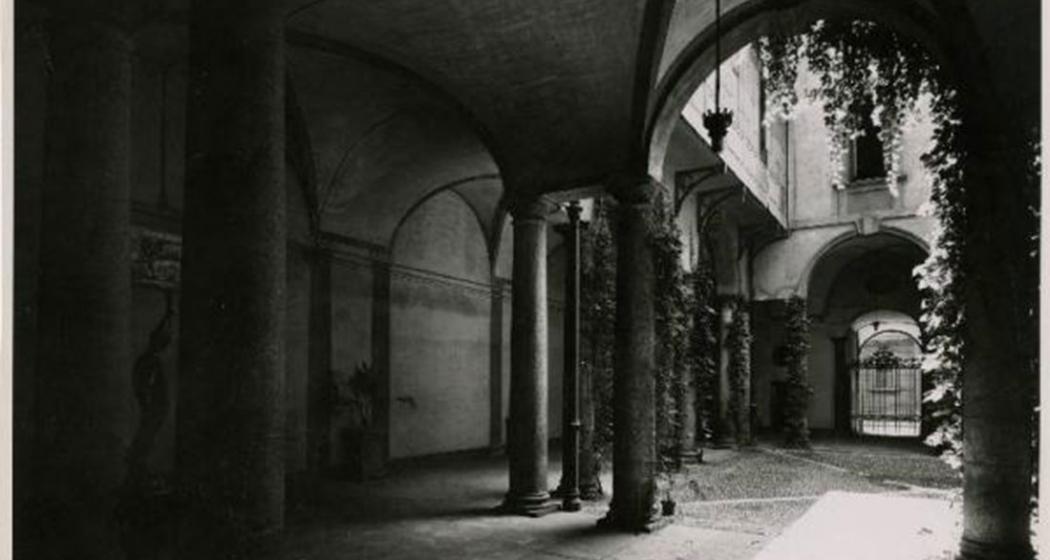 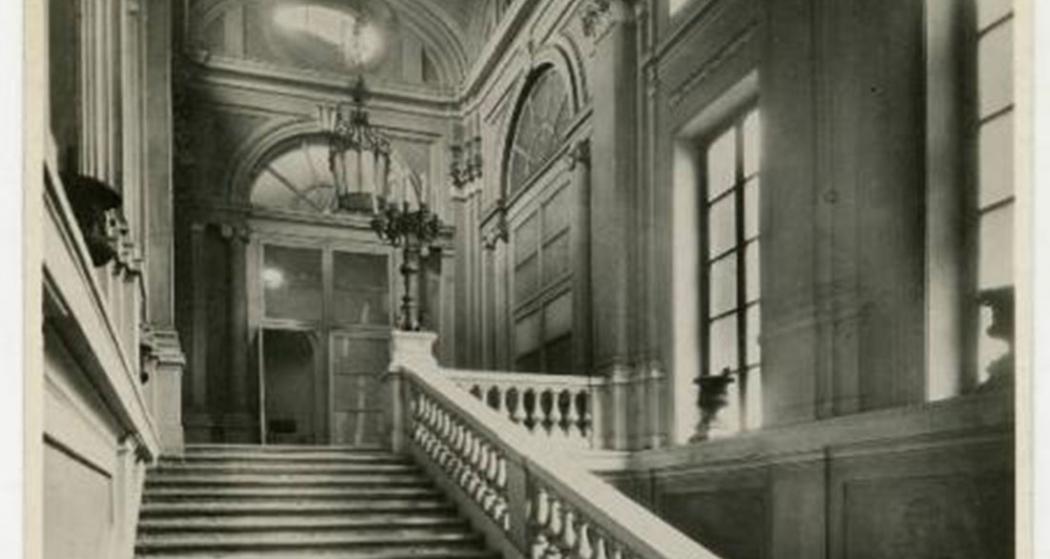 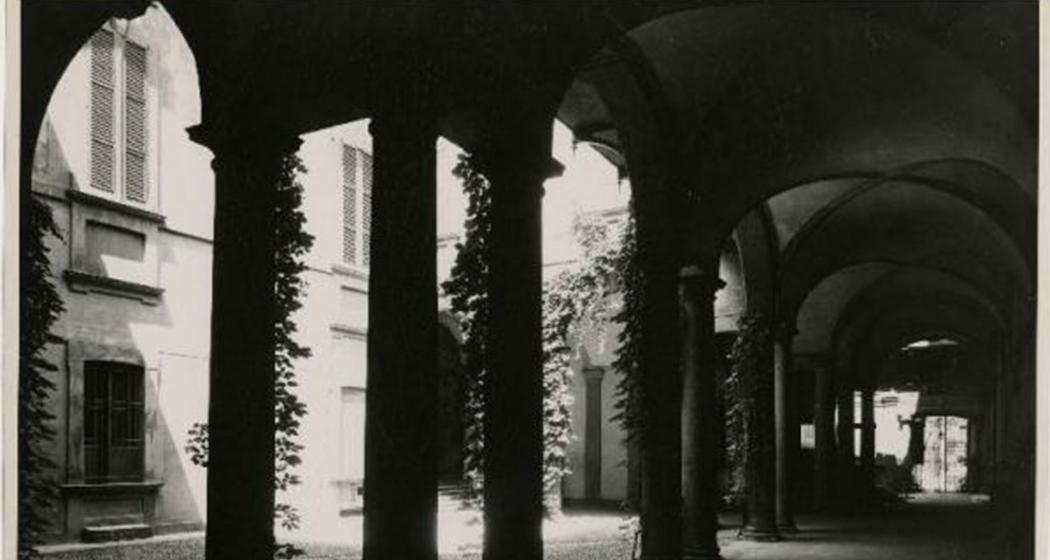 The main sources for writing texts and images were: